One of Hertfordshire's premier swimming clubs. Swim England affiliated, SwimMark accredited - a kitemark for the development of effective, ethical and sustainable clubs. Sponsors would be working with a club operating to the highest standards.
Hemel Hempstead Swimming Club's ethos is to welcome and provide the best support to swimmers aged 6-65+, across all social demographics. Partner with us to align with our ethos.
Our vision is to develop a life-long love of swimming as a life skill and as healthy exercise, for all. Join with us to spread our message and yours.
Hemel Hempstead Swimming Club Default location
Park Road
Hemel Hempstead Hertfordshire HP1 1JS
United Kingdom
Hertfordshire GB

Hemel Hempstead Swimming Club has long known what recent official reports have confirmed - swimming is a sport that can reach so many people and be enjoyed by all ages. It can transform lives and tackle a number of the problems facing society in a way that no other sport can. Swim England has more than 1200 affiliated clubs and some 5 million people per year swim with these clubs, presenting any club sponsor with a huge target audience across all age ranges and demographics. Contact us to find out how we could integrate your business.

Hemel Hempstead Swimming Club (HHSC) is run by a team of dedicated coaches, volunteer coaches and teachers, ably led by a committee and supported by an enthusiastic team of volunteers recruited from the parent body, and offers a supportive, inclusive club atmosphere. The club aims to teach swimming as a life skill, for its health benefits and to nurture a life-long love of the sport. We want all our swimmers, of any experience and ability, to be able to compete and train in a fully structured. organised and resourced club environment, from Peanuts League, HHSC's own club championships and home meets for younger swimmers, through Arena League, County and Regional Championships, to English Summer Championships, British National Championships (ages 11-20+) and British Masters (18-80+). HHSC is one of 50 clubs competing over 3 months in the London section of Arena League, and one of 50 from 6 counties involved in the Swim England Eastern Region Championships. This gives sponsors exposure to thousands of competitors, their families, support staff and organisers from the whole of East and South East England, for several days at a time.

Successful... and hungry for more

Over the years the club has nurtured County, Regional, National and Olympic athletes and the Masters section currently boasts British and World medallists. Our Head Coach was part of the team, at his previous club, which coached three of the swimmers who have been named in the England swimming team for the Birmingham 2022 Commonwealth Games, and one of HHSC's top junior squad swimmers has been selected for the Swim England National Junior Squad for 20/21 season. Competitor numbers in the thousands at the British National Championships and English Summer Meet offer extensive opportunities for sponsors to promote their brand or product, whilst the British Masters Championship is attended by around 3,000 swimmers, from 200 British and European clubs. The range of competitions attended by the club therefore offers the full spread of demographics to which businesses can market their services.

We work hard and play hard too. We believe in supporting our volunteers and giving back to the community, so from 2017 to the present HHSC has focussed on investing in coaching courses and specialist disability training for our volunteers. We established a hardship fund to help swimmers from disadvantaged backgrounds defray the cost of equipment, competition entry fees and travel and have funded swimming teacher or coach courses for swimmers aged 16+ who are from a disadvantaged background, have a disability, or a long-term health condition. We are the only non-specialist disability swimming club in Hertfordshire, and possibly in the Eastern region, to have adopted this approach. Businesses partnering with HHSC would therefore be associated with a club making a serious commitment to its social responsibilities. If this sounds like your company, talk to us about what we could achieve together.

During the coronavirus pandemic we have worked hard to keep our members motivated and engaged and to help them retain their fitness, with Zoom and outdoor workouts, fun fitness challenges, quizzes, scavenger hunts, baking competitions, workshops on mental health, nutrition and the issues faced by female competitive swimmers, as well as guest talks and presentations from current and former Team GB swimmers.

We regularly fundraise for charity; every year we hold a sprint meet in memory of our former head coach. Profits raised are donated to the British Heart Foundation in his memory. Just this year, one of our top junior squad members held a 24-hour, live streaming, online gaming session to raise funds for mental health charity MIND, raising a grand total of £475 and, as we are currently unable to hold our memorial meet, we have completed a virtual club workout and our Head Teacher, whose sweet tooth is legendary, has taken part in the British Heart Foundation's "Dechox" campaign over Lent, raising £445.

HHSC is a competitive swimming club, with a proud history dating back to 1840. It was formally established in 1913 and moved to its current location at Hemel Hempstead Leisure Centre in 1937. It currently has approximately 160 members, aged 6 to 60+. Between 2010 and 2016 the club invested to make it the best equipped club in Hertfordshire, with its own scoreboard and timing system, Olympic standard starting blocks, backstroke ledges, and lane ropes, automatic synchronised pace clocks and specialist starting equipment for hearing impaired swimmers.

What the future holds

Hemel Hempstead Swimming Club is proud of its achievements and has ambitious plans. The club is going from strength to strength and we want you to be a part of its success in future seasons. We compete at swim meets throughout the UK, including County, Regional and National championships, attended by hundreds of swimmers, coaches, officials and support staff from all over the UK. Sponsors would therefore gain repeated exposure to this nationwide public through association with a successful competitive club. We are looking to adopt a collaborative, flexible approach to any sponsorship agreement, such as incentives to purchase your products in return for promotion to our membership and beyond. Tell us who your target audience is and we will help you access them through the club.

A typical season’s programme would comprise:

We are looking to form a mutually beneficial business relationship with one or more companies as club sponsors and are proposing a range of sponsorship packages. 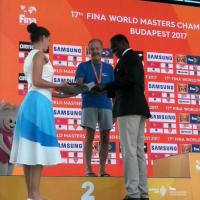