We are a progressive community club looking to go through the local league ranks
We have two teams offering 11 a side football to around 50-60 members throughout the season
We are the hub of a local village community
Andoversford FC Default location
Greet Road Winchcombe, Cheltenham, GL54
Cheltenham GL54 4LF
United Kingdom
GB

Cheltenham Athletic is the new name for Andoversford FC

Andoversford FC was established in 2003.

The first team have achieved unprecedented success in recent seasons, winning and runners up in each of its last 5 years, as well as reaching cup finals.

We aim to continue growing the club with a re-introduction of a 3rd team and also looking to expand and provide youth football within the area.

We believe sponsorship of our club will deliver value based on a marketing investment for financial return, Corporate Social Responsibility (CSR) or for the love of the club.

Whilst we are a small community club, we are committed to giving you and your company the exposure and promotion you deserve. We recognise that without your support many of our lads would not be enjoying their football at the weekend!

As a successful, self-financing club, Andoversford Football Club's primary source of income (other than player memberships) is by relying on the generosity of local individuals and businesses to provide funding.  Providing quality opportunities and experiences for players, does come at a high cost to the club and, without these contributions, the club would not be able to exist in its current form or be able to achieve the goals it has set for itself in the medium to long term.

The club is a not-for-profit and reinvests all monies raised back into the club facilities.

Being part of the Gloucestershire Norther Senior League and Cheltenham league, means your marketing investment can be focussed to maximise value to your business.  Matches across all six the Gloucestershire county as well as teams visiting our ground means that your brand will be visible across the county. We also have established links with clubs in other counties, such as Wiltshire and Cornwall, where we have been on summer tours.

The club has a flexible approach to sponsorship, with benefits ranging from, but not limited to:

- physical advertisement on club assets, such as kit

Our unique individual player sponsorship offering allows a cheap way of advertising, whilst funding a players enablement to play the game.

Where we are at

We are well established within the local area and get good coverage from local sports services, such as Severn Sport and Gloucestershire Live.  We have seen efforts of new committee members and more involvement by club members, co-ordinating on and off-pitch development.

There is a deep-rooted passion for Football and dedication to local success in all, taking strides to refresh aspects of the club across the board.  The club is moving away from a low income, low spend model, towards a more integrated, sustainable model to deliver longer term growth through local partnerships and sponsorships.

These changes are beginning to take effect, with green shoots of promise showing after only a few short months and in incredibly difficult times.  Improved financial health, increased participation and new community ties are evidence that the steps the club is taking is beginning to manifest itself in setting the right foundations for future propserity.

Where we want to be

Currently due to grading requirements our first team currently play at Winchcombe Sports Hub.  Our aim is to bring the club back to the Village with potential development of a new purpose built site. This will allow the club to go further up the league ladder, with ambitions of going through the County leage and into the Hellenic league structure.

We have also been working hard to establish Charter Standard status. We recognise that holding this will signify our intent to be as inclusive as possible and further our goal of football for all.

We want to push our reserve team further up the Cheltenham league ranks and re-establish our 3rd / Development team for bringing new players through.

As part of those long term aims we would like to then introduce youth and womens football into the fold.

Later sponsorship opportunities will be added to assist with the longer term ambitions.

Andoversford FC, in its current guise, was formed in 2003.

Initially called Andoversford Nomads it was created from the existing team within Andoversford and Christchurch Nomads based in Cheltenham. The Nomads was dropped after a few years.

Success has been variable throughout the period with the first team seeing various promotions and relegations in the early years. The reserve team had a very good season in 2013/14 finishing runners up in both league and cup.  This led to the creation of a 3rd team which was retained for a few seasons before disbanding in 2019.

However, over the last few years, with Matt Brown at the helm, the first team has really gone from strength to strength. Since winning Cheltenham league division 2 in 2016/17, it followed that with runners up in Division 1 and the senior cup in 2018. In season 2018/19 the team won Division 1 and were promoted to the Gloucestershire Northern Senior League. In their first season 2019/20 the team were top of the league before Covid curtailed the season. As the team also had the best PPG record in the league the team were awarded promotion to Division 1 of the GNSL.

Season 2020/21 was also curtailed due to Covid, again the team were doing very well and sat 2nd in the league before the season was declared void.

In 2020/21 Tim Johns has taken up the reigns of running the reserves and we look forward to a resurgence from that team. 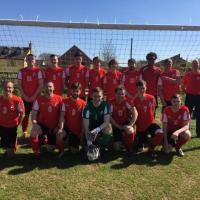 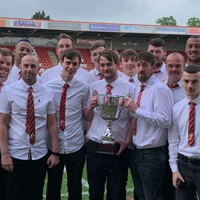 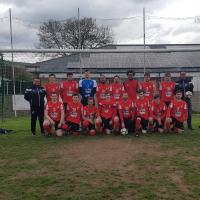 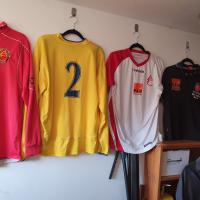 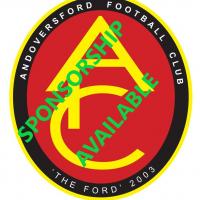 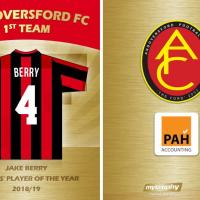 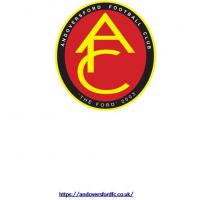