We Entered the West Riding County Amateur Football League in 1923 although they had been in operation for around 10 years before this. We re-entered the West Riding County Amateur Football League in 1968 and played for 51 continuous seasons in this league – in between these dates, the club played in the Huddersfield & District AFL and the Spen Valley League. In 1969, the club dropped WMC from its name as the West Riding County Amateur Football League decreed no club could have reference to pub or working men’s club in its name, although the club has been based at Lower Hopton Working Men’s Club for well over a hundred years. A women’s team was formed at the club in 2016 making the club the only one in the Mirfield area to provide open age football for both men and women.

In 2019 we was close to folding due to no manager and lack of players in over 2 years weve gained players for 2 mens teams a Under 23s side. Ladies team gaining promotion and looking at a reserve side aswell. We are a club who's on the way up after a difficult time. We believe they is no better time to join in on our rise and together we can enjoy the journey

Lower Hopton FC provide local people both male and female a safe place to get physically active and make connections with their peers.

However, we wouldn’t be able to keep serving our teams without important partners. Would your company be interested in serving as our official club sponsor?

In return, Lower Hopton AFC would feature your company as our sponsor at all matches and events we hold along with advertising on our website (coming soon), and our social media platforms on which posts reach over 25,000 people.

Lower Hopton FC would be happy to start a partnership at any level!  Please take a look at our latest sponsorship offers.

We look forward to hearing from you and hope we can start a successful partnership for both us.

ITS NOT JUST ONE WAY

Our club know what sponsorship and funding can do to raise the levels of our projects so we actively sponsor and support some of our local partners to help each other out and the community.

We support an extremely important group called Andys Manclub, the group offers support to people suffering with mental health issues which are often found in the sporting industry with high pressure on individuals performances. A worth while cause we continue to support.

A more publicly known healthcare organisation we or the majority of people have had a connection with is Kirkwood Hospice.

We support this extremely important organisation which offers support to people in our local communities for people with various health issues, again a very worth while cause we support and will continue to support.

We plan on growing the club, looking at another ladies team and also the introduction of u21s for the mens section. We also want to set up a Saturday mini school to get young kids involved and hopefully that can kick start junior section. Off the pitch we want to develop our ground and training facilities. 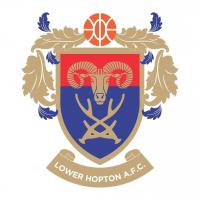 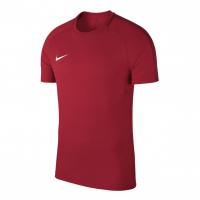 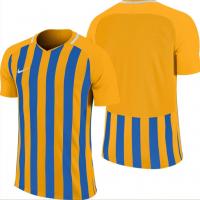 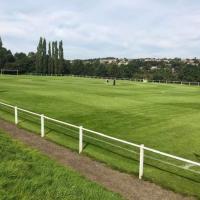 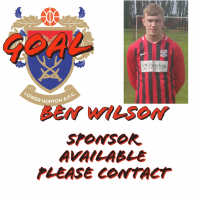 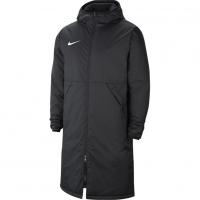 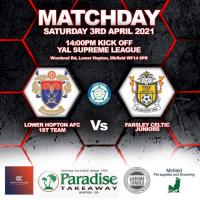