Our club has 500 players. 100 + coaching volunteers. Thousands of parents, grandparents, guardians. We are a Chartered Standard Community Club. We are in the top 1% of grassroots clubs.

Frodsham Junior boasts a growing membership, increasing significantly in recent times. Through our club marketing footprint we can provide your business with the opportunity to build brand-loyalty within the Frodsham area.

Facilities: Our facilities are situated around Frodsham, split across two sites due to the number of teams we have! Saltworks Playing Fields and Helsby High School both offer excellent facilities for players and spectators, hosting multiple games per match day. Saltworks Playing Fields are a council owned site, whilst Helsby High School is a private facility, meaning that any advertisement for your business will gain traction with an audience wider than the club itself. We have recenty broken ground on a new 3G pitch and pavillion at Helsby High School which will be utilised not just by the club, but by the local community too.

Digital: Frodsham Junior FC boasts a growing social media presence, with  137,000 impressions across out twitter page alone, providing extensive reach and awareness for any of our partners. We provide integration with these channels and can target specific target audiences based on your objectives.

-  physical advertisement on club assets, providing exposure to players, coaches and spectators across our 36 teams and building loyalty with our members.

- invites to club events for business development, networking with our network of partners, or employee engagement

CSR Opportunities through our involvement with our local charity partners

Contact us now to find out more and explore what Frodsham Junior FC can offer!

Frodsham Junior Football Club is one of the largest junior football clubs in the Cheshire FA with 27 teams from under 7s through to under 18s. The Club has over 500 registered players and one of the largest girls sections of any local grassroots club with over seven girls teams and in excess of 100 girls registered to play. Our girls section is also an official sister club of Manchester City Ladies FC.

In addition to our teams, the Club also runs a number of sessions to provide footballing opportunities to the wider community including; Academy Sessions for five and six year olds, Development Sessions for junior players looking to join the Club and a weekly open age Ladies Only Session. The Club is also an Weetabix Wildcats FA Accredited centre providing coaching sessions for girls aged between 5-11. Furthermore the Club also has an open age (adults) women’s team and a men’s veterans (over 35s) team.

In 2017 the Club formed a partnership with Helsby High School for the use of the school playing fields for home fixtures and summer training, creating a ‘home’ for our Club.

2021 will see the realisation of a long held dream for Frodsham JFC with the building and opening of a brand new 3G-football pitch and changing facility on site at Helsby High School. This exciting project, driven by Frodsham Junior Football Club in partnership with Helsby High School, Cheshire West and Chester Council and the Football Foundation has taken many years to fund and bring to fruition. It will provide Frodsham JFC with a state-of-the-art, safe and secure all weather pitch for training and match days, while providing Helsby High School and local primary schools with exclusive use of the facility during school hours.

Founded in 1979, Frodsham Junior Football Club celebrated its 40th anniversary in 2019 and is a much loved and respected sporting institution in the local area.

In 2016 the Club was awarded FA Community Status, the highest Standard for an FA club and is officially classified as an FA Charter Standard Community Football Club.

In 2019 the Club became a Charitable Incorporated Organisation (CIO), this means that as a legal entity the Club has charitable status. 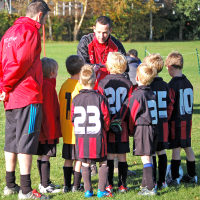 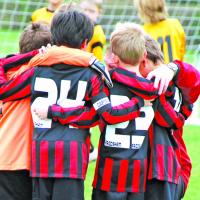 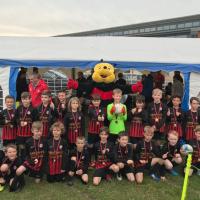 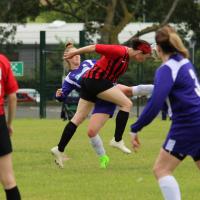 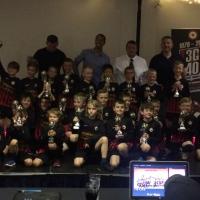 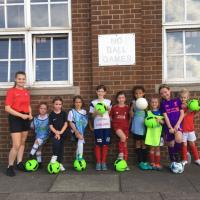 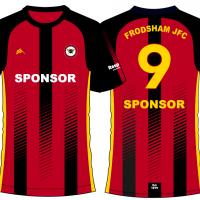