We are a friendly family run club, associated with the main Wormley Sports club - who have links to football sections for all ages

We are looking for sponsors to work with us in our aspirations to grow Wormley CC and for it to engage the local community as much as possible through its journey.

By sponsoring Wormley CC you would be supporting a small local historic Cricket Club, that aims to reach the heights of former years and more importantly open its doors wider in the community.

Our facilities, members and Sports Club routes give us fantastic exposure opportunities for all potential sponsors to explore for the mutual benefit of both parties.

We boast good facilities, including, full shower and changing facilities for up to 4 teams, a single all surface cricket net for practice, a new pop-up training net for net sessions on the pitch, square covers - to protect the wicket on a rainy day (currently being revamped), access to a full clubhouse with Bar, Big screen for those sporting occasions, catering facilities via the Riverside Cafe. In partnership with the Sportsclub we own our own groundworks machinery, which is handled all inhouse and not via the council - so we are in direct control of how our ground looks and plays. There is a children's park available to the side of the main pitch to keep the little ones entertained during matchdays. All of this in a rural suburb location on the edge of the countryside

Players of all ages and abilities are always welcome at Wormley CC along with their friends and family.

Today - following the impact of Covid 19 we are waiting for the new/current guidelines for cricket to be confirmed, we have our 2021 league fixtures confirmed and have players who are getting itchy feet to get back to training and playing cricket this summer.

We are also now in partnership with another local team who are renting our ground on alternate weekends - they lsot their factility to building work and we were only too happy to help them. We have also been approached by another local team with regard the possability of them using our facilties mid week to train their youth sections, ladies team and hold other training sessions. Thsi opens up the possability that the ground will be in use alot more during the summer

Looking ahead - it is the aspirations of the committee to increase our membership and aim to have  2 or 3 teams competing within the HEBL and or introduce a Sunday side that can play local teams in local competitions. In order to do this we need to improve our faculties to appeal to new players and existing players that would like a change. We have huge aspirations to create a youth section with younger players that might not be getting a game at other clubs, tap into the local schools and our own Wormley youth football section to encourage younger members to take on cricket. As a club we have comitted members but have limited knowledge of youth coaching, that coupled with dated facilities we would need good support in order to attract souch young members

With an increased membership and encouraging children of all ages, genders and abilities to take up cricket - they would become the new faces of Wormley CC.

We have a very committed small committee so making changes and decisions are quick and effective, we would love to engage more local players and members to assist us in our task,

Cricket was being played during the wars in the Churchlane area and maybe even earlier than that, a notebook found 10 years ago, in an abandoned shed, shows some history of 21 members and 27 players during the period 1921-1927

Wormley CC was officially reformed in 1947 with the help of a £20 loan from a Mr Ernie Anderson who was the landlord of the Queens Head Public House in the village.

For many recent years Wormley CC had 3 teams competing in the Saracens Herts League, reaching the heights of Division 3 and seeing runner up success in the Village Cup in latter years.

Due to a large number of existing members reaching retirement and moving on to pastures new, plus many of the larger local clubs having more 'curb appeal' to younger players,  Wormley CC went through difficult times and nearly folded, but thanks to its remaining local members who stayed loyal to the club, two of which have been at the club for more thn 40 years, the cricket section is still going today.

Wormley members then voted to  join Herts & Essex Cricket League (HECL) in  2016, seeking a more enjoyable yet still competitive cricket, which saw them travel around North East Hertfordshire and the Essex Borders - out to those quintessential village clubs (with amazing Teas!).

The HECL has now been reformed, before the impact of Covid19, and Wormley are looking forward to playing cricket in the Herts & Essex Border League (HEBL) going forward.

When Wormley joined the HECL Wormley 1s had great success winning its respected divisions for the first 2 seasons - finally being promoted to division 3. 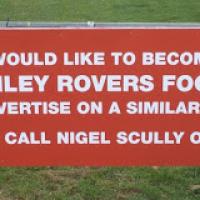 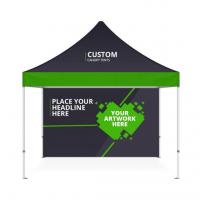