A flourishing ambitious club at the heart of the local community with a strong commitment to youth cricket and self development.
Top class facilities offering opportunities for males and females of all ages and abilities as well as schools and disability cricket.
Full range of sponsorship and advertising packages available. Wide exposure for your business across the South Wales area and on social media.
Port Talbot Town Cricket Club Default location
Fenbrook Close
Port Talbot Neath Port Talbot SA12 7PA
United Kingdom
Neath Port Talbot GB

The club currently play in the South Wales Premier Cricket League and have three senior teams in all plus a midweek team who play on Wednesday evenings in the Neath League.. At junior level, we have teams at under 9, 10, 11, 13, 15 and 17 in the South Wales Junior Cricket Association and in 2021, we will be entering all girls teams at under 13. The club is an important part of the local community and our facilities are used by a number of groups and schools as well as Cricket Wales for training and representative matches.

An integral part of the local community, Port Talbot Town Cricket Club is a popular and successful organisation set within the Baglan Moors area of the town. As a modern, forward thinking club, we place high priority on ensuring that the facilities we have remain in top class condition for both the current and future generation of cricketers. The club is continually looking to develop its brand and build on the solid foundations we have so that cricket in the local community can continue to thrive for many years to come. All of the money we make goes back into maintaining and growing the club and this is where the importance of our sponsors come in.  As a well-established club within the South Wales Premier Cricket League and a multitude of junior teams for boys and girls from the age of 9 upwards, there are many different ways in which you can help us achieve our future goals and grow your own business at the same time. Our senior teams cover a wide geographical area from Gwent to Carmarthenshire and with our extensive social media presence through various platforms, there’s sure to be something that suits your promotional needs:

Our sponsorship packages include:

Alternative packages are also available which can be tailored to your individual needs upon request.

In addition, the club is used by a host of different teams, schools and organisations from across Wales and our central location in a highly populated area allows for wide ranging exposure and publicity for your business. The ground also sits next to a busy road between the M4 motorway and Neath Port Talbot Hospital which also links in with the Port Talbot distributor dual carriageway.

We firmly believe that Port Talbot Town Cricket Club offers great value for money for all prospective sponsors and with our ambitions firmly set on an exciting future at the top of Welsh cricket, we invite you to join us on our journey.

Off the field the club continue to thrive and are an established part of the local community, regularly engaging with local schools and community groups to run coaching sessions and host fixtures. There are regular social events held throughout the year and a recent partnership with the Bulldogs Boxing Club based next door has provided further growth potential in the near future. The Port Talbot Harriers running club use our ground as a base as does a local hockey team. The clubhouse is open all year round with a fully licenced bar and Sky Sports and BT Sports. Amongst the various ground improvements over the last two years have included a new children’s play area, a physical assault course, new sightscreens, new fencing, new heating system, refurbishment of the changing rooms and renovated patio area.

Our long term ambitions are to keep expanding our playing base particularly at junior level and improving our facilities. These including renovation of our practice nets, levelling of the playing field to improve drainage and securing a long term venue for our 3rd and 4th XI teams to play on rather than ground sharing with other clubs.

Port Talbot Town Cricket Club was formed in 1963 having taken over the identity of the previous Mansel Cricket Club who had been in existence since the latter part of the 19th century. The newly named club enjoyed a meteoric rise from the fourth to the first division of the South Wales Cricket Association in the mid to late 1960s and in 1971 finished as league runners-up. The next three decades were primarily spent in the second and third tiers of the SWCA and in 1993 the club moved to their current home of The New Mansel with the old ground eventually becoming part of the site for the new Neath Port Talbot Hospital.

It was during the time of this move that a conscious decision was made by the club’s committee to refocus resources into the recruitment and coaching of juniors. Subsequently a revamped junior section was launched in the mid 1990s. This paid dividends when in 2004, Port Talbot were finally promoted back to the first division of the SWCA and since then have remained at the highest level possible in South Wales cricket. The club finished in the top half of the table for four of the next five years and in 2009 became founder members of the newly formed South Wales Premier League.

The club have continued to enjoy much success over recent years and are one of only four clubs to have remained in the top flight of the Premier League since it began. Port Talbot have enjoyed significant cup success in that time, winning the SWPL Twenty20 competition on three occasions including 2019 as well as the SWCA League Cup in 2015. They were also runners-up in the same competition in 2011 and 2013. As well as a core of players who have come through our coaching system, we have been very fortunate to have had the services of former Glamorgan players Ian Thomas, Dan Cherry, Gareth Rees and Mark Wallace as well as a host of allocated players. Former Glamorgan and MCC young cricketer Stuart Phelps who started his cricket at the club continues to be one of the finest bowlers in league cricket and is the highest wicket taker in the Premier League since its inception.

The second XI were winners of the Premier League West Division in 2015 and 2016 before finishing as runners-up in 2017. In 2019 they also won the East Division title making it three championships in five seasons. The club fields a third XI who won the West Wales Cricket Association Division Two title in 2019 and in 2020 will be competing in the South Wales Cricket Association following a merging of the two leagues. In addition we have a Midweek XI who play on Wednesday evenings in the Neath Guardian League. Our ground has been voted Premier League ground of the year on four occasions including 2018 and 2019.

At youth level, Port Talbot field age group sides from under 9 up to under 17 with our most recent honours being the zone area title for the under 10s and the zone area/cup double for the under 17s in 2019. We run indoor junior training sessions throughout the winter and during summer months which regularly attracts large numbers of boys and girls for training on a Friday evening. The club regularly contributes players for the West Glamorgan regional sides and has produced many junior internationals at both girls and boys level. Pleasingly in recent times we have contributed two players to the Welsh disabilities squad and regularly host their home matches. In 2018 the club ran an all girls under 9s side for the first time and in 2020 it will enter an all girls side in the SWJCL for the first time at under 13s level. The club is proud to be possibly the first in Wales not to charge any junior subscriptions or training fees. Senior playing fees were also abolished in 2019. 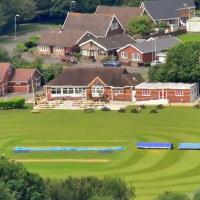 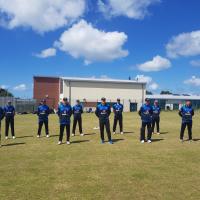 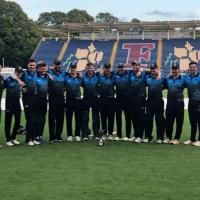 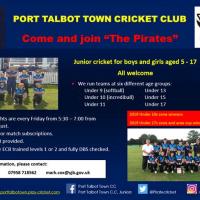 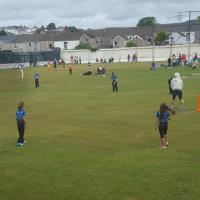 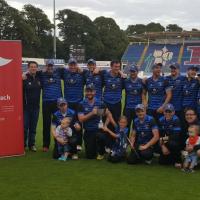 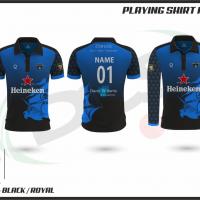 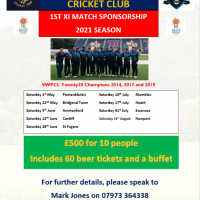 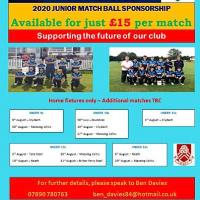